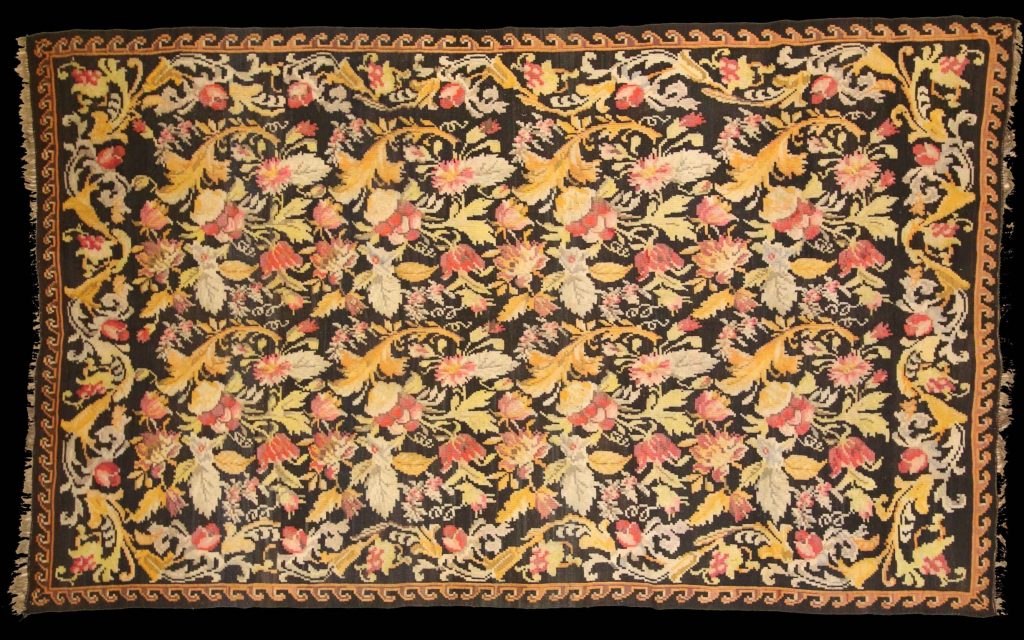 Bessarabian rugs descend from the region off the western shore of the Black Sea that has been a part of both Romania, Moldova and the Ukraine, depending on the political situation of the time. Bessarabian rugs are almost always flat woven. Designs are often floral with elegantly drawn motifs and colours in earthy tones. They can be quite informal pieces and are beautifully placed in modern, bright surroundings.

Antique Bessarabian rugs, both in pile, known as Ukranian and tapestry technique, occupy a unique place among European carpets. Produced during the late nineteenth and early twentieth centuries under late Ottoman Turkish rule, they stand right on the cusp of European and Oriental carpet weaving. Reflecting fashions in western Europe during the second half of the 19th century, many of the designs are floral patterns made in a naturalistic western style utilizing brown or black backgrounds, with large-scale floral patterns, usually brightly coloured in reds and orange tones. These rugs are supremely decorative pieces.

Although little is known about the circumstances or workshops where these rugs and flat-weaves were created, the yield shows a blend of local folk designs inspired by eighteenth century French carpets, making these unique flat-weaves among the most sought after of decorative antique rugs and carpets. For countless centuries Needlework rugs and carpets have been stitched in many European countries including France, England, Germany, Italy and Russia. These antique Needlework rugs and carpets were often embroidered in panels, by groups of women; the completed panels were then joined to form elaborate carpet designs. Although floral decoration is most often utilized, antique Needlework rugs are sometimes figural in design, with pastoral scenes and complex landscapes. 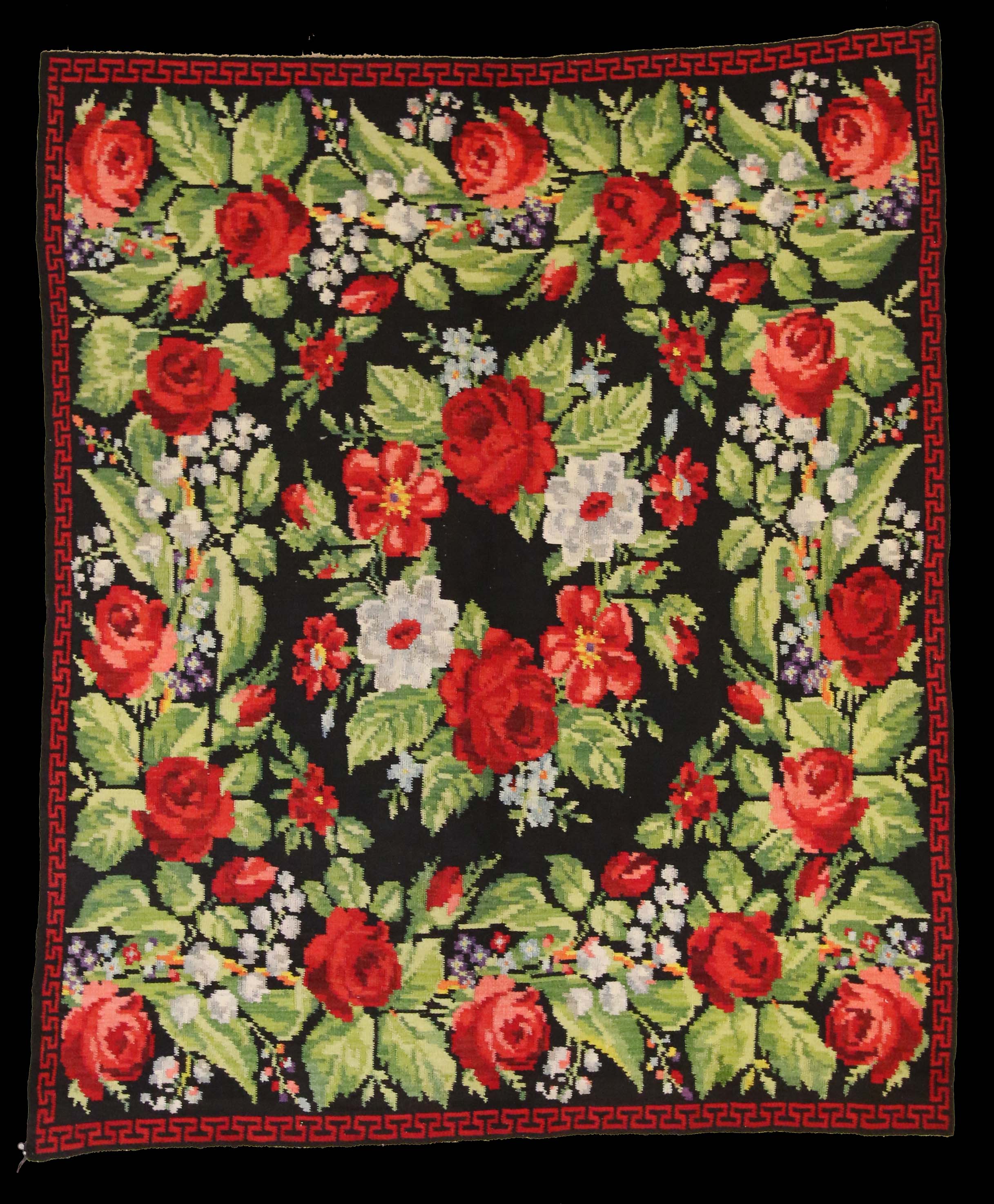 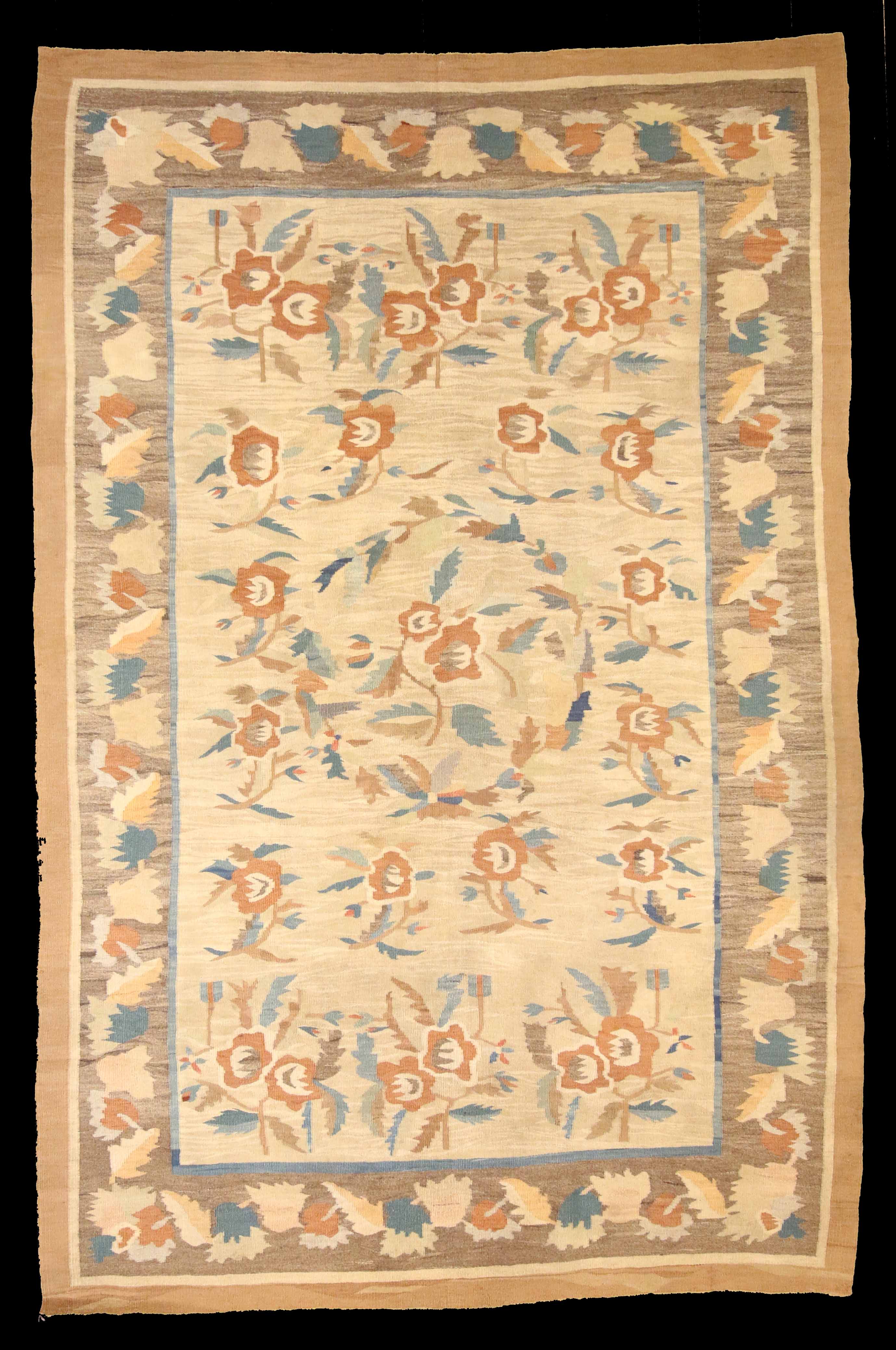