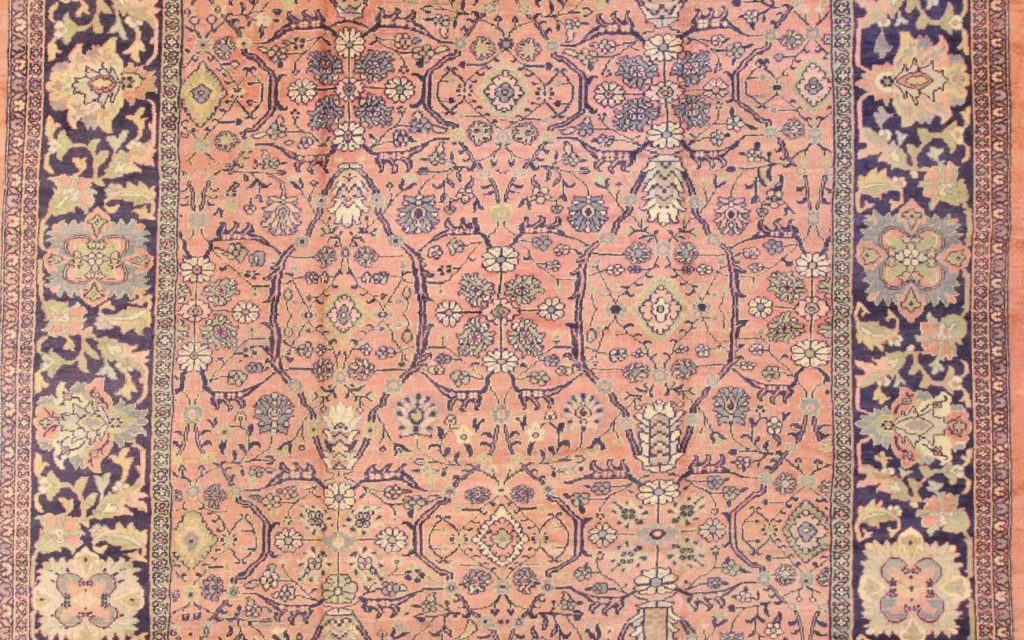 These highly decorative so-called “Ziegler Carpets” were woven on looms in the city of Sultanabad in the district of Arak. A British firm of Swiss origin, Messrs Ziegler and Company of Manchester, set up looms to provide carpets befitting English country houses, such as Elveden Hall, the home of the Earl of Iveagh. These carpets often used expanded Persian designs to create bold flowerheads and flora. Colourings were generally lighter than typical Persian offerings. Those with ivory or choral backgrounds are particularly desirable. Many were originally sold in London stores such as Liberty’s. These carpets are much sought after even today and are a great favourite of interior designers. Visit our Showroom in the heart of London’s Mayfair. Nearest tube Bond Street and Green Park. Opening hours are 9.30 until 4.00 from Monday to Friday. For appointments please call in advance.